Join 92790 other members! Anybody can ask, anybody can answer. Consistently helpful members may be invited to become staff. Here's how it works. Virus cleanup? Start here -> Malware Removal Forum.


13 replies to this topic

Since the 20H1 update the Word icon on desktop is the only pinned icon which is gray while all other 8 I chose to pin are blue. I did a local and online repair to no avail and submitted to feedback.

Will an update fix this?

Screen capture to show what you are seeing?????

I do print screen then paste to paint. I keep reducing size but WTT still will not accept it.

There are 6 pinned icons to desktop and all are full of color. The word icon is more gray than blue and definitely is not the word icon. I am afraid there s a problem that replacing the icon won't fix but I could be wrong. I don't know how to replace the icon either.

I did a DISM, SFC, restore and ran the installation stick with the DISM command.

***  I ran the total repair in Programs and Features under MS Office but although it was successful the icon is still odd with he blue Word icon within a dark gray background.

It is so current there is not much about it on the web or YouTube.

I have MS office home and student 2019 so I don't think reinstalling it will help because the repair tool did that.

using the stick and doing a clean installation with the after work it requires?

The file Ztrucker asked for regarding Word being off color is 8.81 KB in size. I have tried Paint and Photo. It is a PNG file.

I tried both the advanced and basic uploader.

I have never had an issue uploading a file to any site an am puzzled. Could I take a photo and send it to my pc for upload?

Could you please tell me how to upload it?

I kept  sizing the picture down to 4 KB as JPG and it still would not display. At 4 KB it is visible but hardly.

I just did a Print Screen, pasted into Paint and did a Save as MyDesktop.jpg. Size is 647KB. Clicked on More Options, Browsed for the file and uploaded it, then clicked on Add to post, no problem.

The upload dialog says: You can upload up to Unlimited of files (Max. single file size: 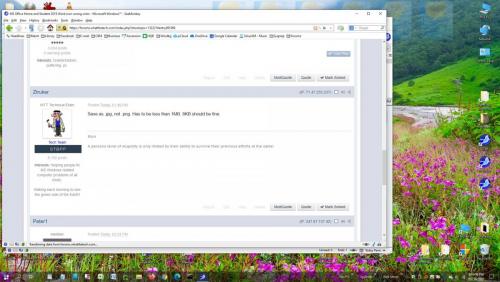 Which browser did you use because I got a brief pop up saying the browser was involved. I use Chrome and then tried edge.
I did exactly as you said using print screen and paint.

I use Seamonkey which is similar to Firefox. I'll try Chrome but I really don't think it matters.

Okay, this is with Chrome: 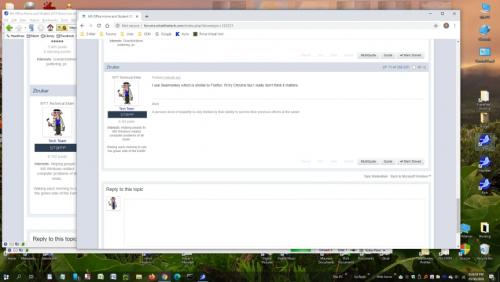 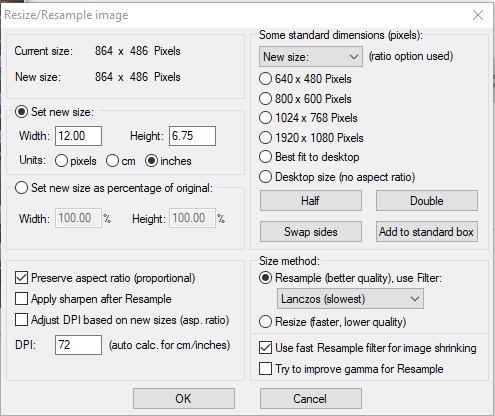 I did a Print Screen. Opened IrfanView and pasted it into there.

Used Resize/Resample to reduce the Width to 12 inches (not pixels) which also reduced the length proportionally then did a Save as.

Worked fine. Doesn't matter what browser you use.

Because there are two issues here I will answer the first having t do with the word icon which began the thread. I will use your information to address the attachment later which became part of the thread trying to show the issue graphically..

I saw that the icon is so odd and different from all others it really does not blend in so figured there was something wrong.

All icons seem to have the same basic scheme in color and shape  but this is way off.

Apparently, after finally seeing another like it in Office 2016, there is no problem in my 2019 Home and Student.

The oddity has been confirmed by 2 other users with Word, saying there was a problem with Windows development.

I know nothing about why it is like this, I am glad although it is odd looking, it is normal for Windows + functional.

I will continue to see if I can post a picture but only to see if it can be done on my end.

I swear I upload to forums all the time with no issue. I also swear I did exactly as you say in the uploading process. I wonder if my upload cache coud be full? I have always had that problem here but not elsewhere.

Here is a short video I made of the steps I follow to upload a jpg. It's neat as I learned about a program called ActivePresenter which is what I used to record my Desktop. Very easy to use.

To big to upload here (10 MB) so I put on OneDrive, link below. I guarantee it clean since I just created it and ran it a few time, also scanned with Defender and Malwarebytes.

I will study your referral and thank you for all the work. I was going to use the test area so I don't make a mess here but there is no more reply options there.

I tried uploading to a bunch of old forums I have used over the years and had no trouble.

I wonder if one has to be skilled as you are to just upload the right size file as .JPG orr other format..

No problem as I will work it out.

By the way I was just in contact with Microsoft and they confirmed that my icon is the appropriate one as odd as it looks. They took control of my computer and then after showed me the new icon that I have in their system. The old icons were far more appealing.
Issue closed and thanks

Back to Microsoft Windows · Next Unread Topic →